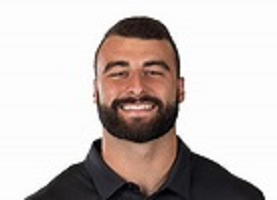 Folsom Alumni, Josiah Deguara, was chosen as the 94th pick in the 3rd round of the 2020 NFL Draft. Josiah is Folsom HS fourth alumni to be chosen for the NFL.

The Packers selected Cincinnati tight end Josiah Deguara with the No. 94 overall pick in Friday’s third round of the 2020 NFL draft, which offers quarterback Aaron Rodgers another target in an offense that lacked consistent receiving weapons last year.

Deguara worked his way up from a two-star high school prospect to a standout member of the Bearcats offense during his five seasons in Cincinnati. During his final two years, he caught a combined 77 passes for 972 yards and 12 touchdowns while his 92 career receptions set a program record for most-ever by a tight end. Just look at the way he moves …

Of the trio, Deguara has the easiest path to becoming a standout player during his rookie season for the Packers with the starting job expected to be a competition. The Packers have been high on Sternberger since seeing him start to grasp the offense in the postseason, but they also explored the possibility of bringing in a free-agent tight end last month when big names — such as Austin Hooper — were still available.

If Deguara can grasp the offense quickly and push Sternberger and Tonyan in training camp later this year, he could emerge as a legitimate contender to be the Packers’ starting tight end

Click on the link below to read the rest of the Heavy.com article.

“Hard-nosed move tight end who will garner consideration as an NFL H-back. He’s a gritty blocker who plays with good positioning and works hard at sustaining blocks to help his run game. As a pass catcher, Deguara is sure-handed with good feel for soft spots against zone, but may need an accurate thrower due to contested catch likelihood and suspect catch radius. He’s the type of Day 3 prospect who flies under the radar, but ends up becoming a solid contributor at H-back.”

Congratulations Josiah! Folsom is Bulldog Proud of you!!!