The girls Player of the Decade was no easy selection, so we went with one who competed only in this decade. So we go with a sure thing in four-year starting Folsom playmaking guard McKenzie Forbes, as skilled, dominant and determined of a player as we have covered in our 31 years on The Bee beat. She made the game fast and fun. She learned to play against the guys, including brother Mason Forbes, who made the boys All-Decade list for Folsom for more than just his famous ‘fro.

The siblings have always been close as twins. Both are at Harvard, which speaks of their academic prowess. In 128 varsity games, Forbes averaged 16 points, seven rebounds and six assists, and her squads went 54-10 her final two seasons.

Click on the link below to read the rest of the Sac Bee article, written by Joe Davidson

Player of the Decade: McKenzie Forbes, Folsom (played 1 year for Cal and is now at Harvard) 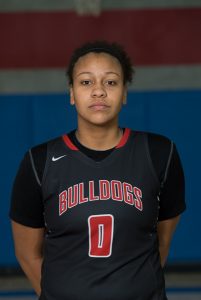 Way To Go McKenzie! Folsom is Bulldog Proud of You!!!