On Saturday, February 23, 2019, Folsom High Wrestlers completed their run for a  State Championship!

Desinee Lopez, Junior(116), had a great weekend of wrestling. She went undefeated the entire 3 days of competition, until she reached the finals. The Finals match went all three periods, before Desinee was pinned by her opponent. Desinee finished 2nd in the entire State of California in the 116lb weight class. Great job Desinee!!! 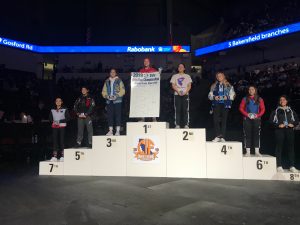 Kyle Richards, Senior(220) ended his 4 year push of  his high school wrestling carreer this weekend, to reach the State Championships. On day 3 of the competition, he fought his opponents as he had all weekend long. He ended up losing his morning match, but then went on to win his final match by pinning his opponent in the 2nd period. Kyle finished 5th place in the State for the 220lb weight class. Way to go Kyle!!! 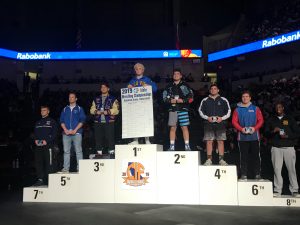 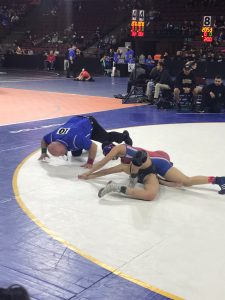 Congratulations Everyone! Folsom is Bulldog Proud of you!!!